Moving house is exhausting, and even after the preparation of packing your home and moving it over to the new property, the last thing you may feel like doing is going through the whole process of unpacking. Here are some tips for doing just that so you don’t get too overwhelmed when you realize just how much stuff you own. 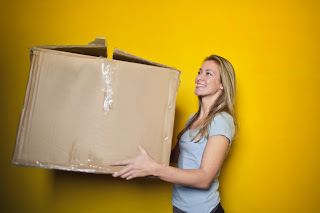 Liaise With Your Removal Company

For long distance movers, it’s good to liaise with the removal company throughout to make sure they know of any time restrictions and to be wary of certain valuables that are being transported. Even for short distances, traffic and other deliveries can delay the arrival of your furniture, so it might be an idea to specify a time if you have a schedule to stick by.

Keep in touch with your driver throughout the day and if possible, have a member of your household drive with the removal men.

Have A Unpacking System

When unpacking, you want to have a system in place. Otherwise, you’ll be going from room to room and will spend hours unpacking things that you might not even need. Have a plan of which rooms you want to do first and order them in priority. Your bedroom and kitchen should be the most important, so you have appliances to cook with and a bed to sleep on when you’re knackered from the day’s events.

Declutter If You Haven’t Already

Before you start putting everything away, go through each box to see if there’s anything worth chucking out that you might not need and will end up just taking up much-needed space. If you already did a declutter before you moved, it might be a good idea just to double check to see if anything else can go. Once you’ve put your things away, some of it will be forgotten about, so it’s best to get rid of it now.

Wash Up Any Crockery or Cutlery

Whether it’s been in storage for a few days or spent a few hours in the back of a removal van, it’s always a good idea to wash up any crockery or cutlery you’ve packed and brought over. Seeing as you’ve been handling it, wrapping it in newspaper or bubble wrap, it’s likely to be a little dirty so instead of ruining any nice clean cupboards.

When unwrapping crockery, be careful take your time just in case anything has broken en route or moved about in transit.

Assemble And Arrange Any Furniture

Any furniture that needs to be assembled try doing first, so that’s out the way and already set up. It’s better to do this first so that some of your soft furnishings can just be chucked on. If you have pictures or a plan of your new home, you can plan out where everything can be placed so that there’s less messing around on the day.

Unpacking may seem like a big feat, but it should be an enjoyable time so follow this handy guide to make it fun but stress-free.

One thought on “Tips For Unpacking Your Home After Moving”

Things I Blog About

Shop more of my closet on Poshmark