When you have worked so hard to get your first home and have managed to get all the furnishings and belongings you want in life, the last thing you want is for someone to come along and take it from you. So here are a few tips to secure your home from unwanted visitors. 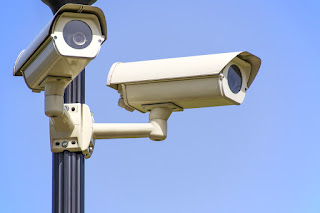 Burglars tend to make attempts at peoples houses in the night so getting some lights put up is the first step to stop them from attempting to break in. Having lights on all night though may not be great for the bank balance when paying your electric bill, so making the lights motion sensored will not only scare off anyone that shouldn’t be there but will also mean the lights are only on as and when activated meaning it will be kinder on your bills.

If anyone is sneaking around your house or looking for covered entry and your garden is overgrown or your hedges are not trimmed then it will make it easier for them. So keeping on top of your garden making sure any plants or hedges near entry points are trimmed back to stop any hiding places, this will also stop them having access to the entry points unseen. Also as part of maintaining the garden make sure it is clear of any tools, ladders and any toys to stop any temptation for them to come on your property.

The best thing to have incase for any reason they manage to get into the house is an alarm system. The best alarm system would be motion sensored so if anyone breaks in they will set off the alarm. You can also have a silent alarm which will alert you by text message and contact the authorities direct so the burglar can be caught in the act and aren’t scared off.

So if you are worried about any thieves or burglars in your area then taking even some of these precautions will help a lot. You don’t have to go as far as getting all alarms and everything set up at your house but just the general deterrents will definitely help with keeping them away from your property.

One thought on “Four Ways To Protect Your Home”

Things I Blog About

Shop more of my closet on Poshmark